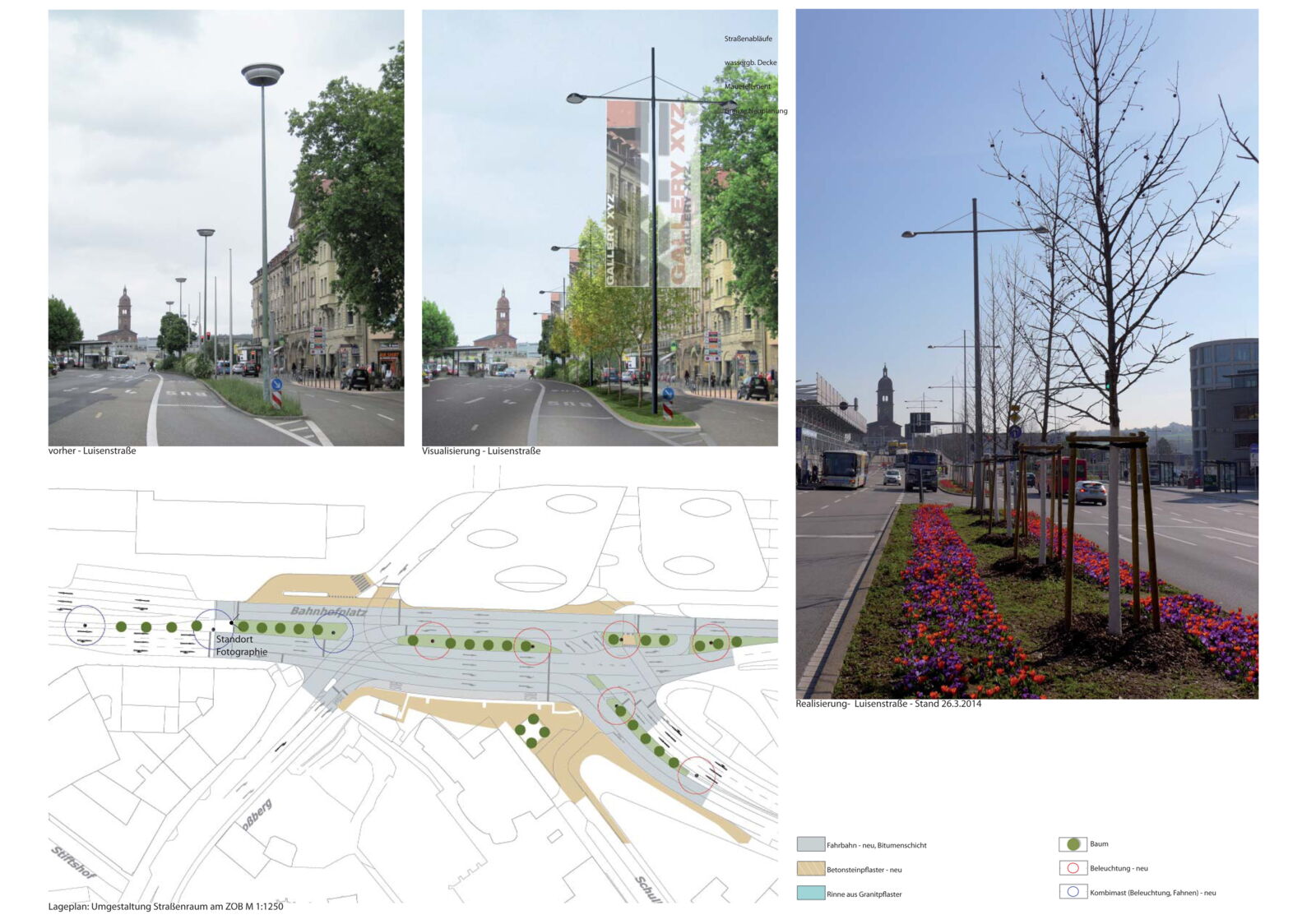 Design Guideline for the Public Spaces of the City of Pforzheim

The design guideline for the public spaces of the inner city of Pforzheim is a long -term tool, which can be gradually implemented in the renewal cycle of the city. It provides principles for the design and improvement of the street spaces, based on the historical alignment of the streets, traffic hierarchy, urban land uses, character of the places, squares typology and also takes in to consideration the existing design elements of the open spaces.

Based on the typology of the streets and places the guideline formulates a design model for streets and places, describes the intended space character, it defines the distribution of traffic areas in the roads and provides the main design elements regarding the pavement, lighting and vegetation. The guideline provides principles for the design of public spaces, but does not replace the concrete design of the individual streets and squares.

The aim of the guideline for the public spaces in Pforzheim is to create an interconnected system of streets and squares within the inner ring road, which creates a uniform image of the inner city, generates orientation and, last but not least, brings harmony between the diverse urban land uses and the functionality of the roads.